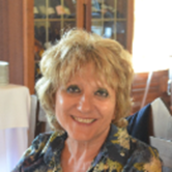 Full Professor ((SSD: SECS-P/02 Economic Policy) at the University of Bologna (Italy) (2001). She is a specialist in spatial economics and modelling, with particular reference to the study of network evolution, complexity, resilience/vulnerability and of the associated models and policies. Aura Reggiani has a long list of international publications and is on the editorial boards of seven internationally recognised journals. She has been Editor of the "NECTAR Series on Transportation and Communications Networks Research" (Edward Elgar, UK-USA) (2009-2019), and currently Editor of the journal "Networks and Spatial Economics" (Springer-Verlag). Aura Reggiani was elected as a Fellow of NIAS (Netherland Institute of Advanced Study in the Humanities and Social Sciences) (1991), Fellow of the RSAI (Regional Science Association International) (2010), Member of the Academia Europaea (2016) and Life Member at Clare Hall (Cambridge, UK) (2020). ABSTRACT Network vulnerability, complexity and resilience: The role of connectivity The issue of network complexity has received a great deal of scientific attention in recent decades, given its relevance in several fields (economics, geography, transport, environment, etc.). In parallel, the concepts of vulnerability and resilience have come to the fore, also for their links to sustainability issues and related policy (e.g. the terrorist attack in NY in 2001, the economic shock in 2007-08, the COVID-19 pandemic, the disruptions of nodes in transport/communication, etc.). The methodological question is: What is the role of network connectivity in vulnerability/resilience analysis and modelling? And, consequently: Can network connectivity be considered as a useful framework for understanding and interpreting resilience and vulnerability in complex (spatial-) economic systems? 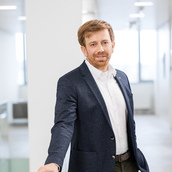 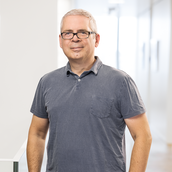 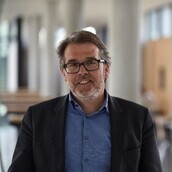 Andreas Pyka is Professor for Innovation Economics at the University of Hohenheim, Germany. His research interests include transformation processes towards a sustainable and climate neutral economy, the role of innovation for transformation and the application of new methodologies to overcome the limitations of mainstream economics in the analysis of lung run developments. He is involved in several national and international research projects dealing with the impacts of the bioeconomy, artificial intelligence and robots, and mobility and energy change. His theoretical background is evolutionary and complexity economics. He graduated with a PhD in economics at the University of Augsburg where he also finished his habilitation in 2004. In the last years he was visiting professor at the TU Delft, at the Università degli studi dell'Insubria in Varese and the Université Paris 1 Panthéon-Sorbonne. He is editor-in-chief of the Journal of Innovation Economics and Management (Revue d'Economie et de Management de l'Innovation). 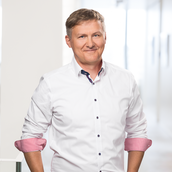 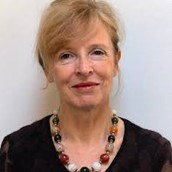 Prof. Dr. Denise Pumain (born 1946) is a French geographer. Pumain specialises in urban and theoretical geography. She is a member of the Austrian Academy of Sciences and of the British Academy. She began teaching at the Paris 1 Pantheon-Sorbonne University in 1970. She became a researcher for the Institut national d'études démographiques in 1981 until 1986. In 1986, she became a Professor at the Paris 13 University before returning to the Paris 1 Pantheon-Sorbonne University to teach in 1989. She also held the post of rector at the Académie de Grenoble between 2000 and 2001. In 1996, she founded the geography journal Cybergeo. She was awarded with a CNRS Bronze medal in 1984, decorated as a Chevalier of the Order of the Légion d'honneur in 1999 and decorated as an officer of the National Order of Merit in 2009. Pumain also became a member of the Academia Europaea in 1995, became a Corresponding Member of the Austrian Academy of Sciences in 2009 and became a Corresponding Fellow of the British Academy in 2012. In 2010, she won the Vautrin Lud Prize and also received an Advanced Grant from the European Research. ABSTRACT Confidence in the future of cities and regions For the ambitious project that brings together this conference, I would like to present an optimistic vision of the means available to face the challenges posed to territorial planning at the beginning of the 21st century. I will revisit the path we have taken over the past forty years to better understand spatial dynamics, using the principles of physics, the theories of social sciences and the capabilities of computer science. We have consolidated a geographic theory of the evolution of cities. This theory inspires great confidence in the sustainability of these complex systems that demonstrate an extraordinary capacity to adapt at all scales. Our reflection on this subject makes the metaphor of territorial intelligence very concrete. Interdisciplinary collaborations have allowed the development of simulation models of spatial dynamics and geosimulation methods that make them important tools for the accompaniment of more precise policies whose effects will be better controllable. These new means reinforce confidence in our ability to face the challenges of ecological, demographic and technological transitions thanks to the attention paid to the territorial modalities of transformations. 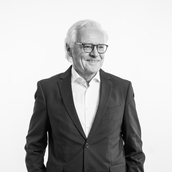 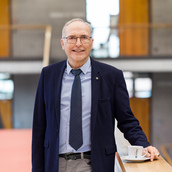 Prof. Dr. Guenter Haag studied engineering and physics at the University of Stuttgart (first-class degree in 1975 and Dr. rer. nat. degree in 1978). He was visiting professor at the Case Western Reserve University, Cleveland in 1982, the Institute of Advanced Studies, Vienna in 1990 and the International Institute of Advanced Studies (IIASA) in 1983 -1990, Laxenburg. 1992 he was appointed professor for Theoretical Physics at the University of Stuttgart. 1993-1995 he was in addition managing director of the Institute for Applied Economic Research, Tuebingen. In 1995 he founded the Steinbeis Transfer Center Applied System Analysis in Stuttgart and the STASA GmbH in 2003. STASA offers modern methods of system analysis and AI, in particular self generating neural networks, applicable for data analysis, quality assurance, optimisation and quality prediction in production systems as well as for regional development, location choice and transport systems. He is member of different international working groups and member in the editorial board of six international journals. He has initiated and leaded several national and international projects in the field of urban and regional development and transport theory. More than 120 publications in international journals, 8 books, 32 patents, Robert-Mayer-Award, do-it Software-Award 2004, Löhn-Award 2011. Fellow of the Regional Science Association International (RSAI), and member of the working group evolutionary economics. ABSTRACT Regional connectivity in Germany: The level of districts and communes with focus on the City of Heilbronn and its Hinterland The “laws of migration" are of central importance for the prediction of population dynamics, demographic effects, and the behaviour of all interrelated subsystems. In Germany reliable migration data (flow data) on the level of districts are available, but difficult to find in other European countries. On the level of communes the data situation is much more restrictive. However, in Germany for communes in-flow and out-flow data can be found. The incomplete, nevertheless huge data base requires the application of advanced procedures for data compression, modelling of mass data and especially the estimation of parameters in a highly non-linear system. The evolutionary dynamics of communes and the emergence of new settlement pattern and its future development require a deep understanding of the essential characteristics and the interrelated dynamics of e.g. the migratory system, the transport system, the labour market, the local economy, to mention a few but relevant subsystems. The migratory system of Germany, consisting of 402 German districts as well as 11.418 communes will be analysed on the base of a dynamic decision model using the master equation approach (Weidlich-Haag model). The information compression of the more than 160.000 migratory flow data for each subpopulation on the district level to a set of highly significant and well interpretable attractiveness indicators as well as the use of more than 11.000 in-flow and out-flow data related to the communes yield highly significant attractiveness indicators for each commune as well as indicators describing regional interdependencies. Policy advices on the base of simulations of different scenarios are useful in a planning context in the attempt to shape the future instead of just adapting to what may emerge. This analysis shows the emergence of new spatial structures in Germany for the period 2016 to 2019. In addition, spatial agglomeration trends will be identified and first regression models for the extraction of explanatory variables of regional attractiveness of communes will be discussed. The results of the analysis will be visualised via the Regional Chance Monitor (RCM) for the city of Heilbronn and its Hinterland. This results in 4 fields, whereby the affiliation of a district or commune to a particular field may lead to specific policy recommendations. 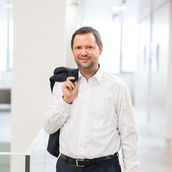 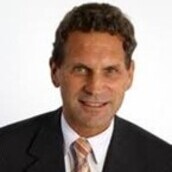 Peter Nijkamp is professor in regional and urban economics and in economic geography at the VU University, Amsterdam. His main research interests cover quantitative plan evaluation, regional and urban modelling, multicriteria analysis, transport systems analysis, mathematical systems modelling, technological innovation, entrepreneurship, environmental and resource management and sustainable development. In the past years he has focussed his research in particular on new quantitative methods for policy analysis, as well as on spatial-behavioural analysis of economic agents. He has a broad expertise in the area of public policy, services planning, infrastructure management and environmental protection. In all these fields he has published many books and numerous articles. He is member of editorial/advisory boards of more than 30 journals. He has been visiting professor in many universities all over the world. According to the RePec list he belongs to the top-30 of well-known economists worldwide. He is past president of the European Regional Science Association and of the Regional Science Association International. He is also fellow of the Royal Netherlands Academy of Sciences, and past vice-president of this organization. From 2002–2009 he has served as president of the governing board of the Netherlands Research Council (NWO). In addition, he is past president of the European Heads of Research Councils (EUROHORCs). He is also fellow of the Academia Europaea, and member of many international scientific organizations. He has acted regularly as advisor to (inter)national bodies and (local and national) governments. In 1996, he was awarded the most prestigious scientific prize in the Netherlands, the Spinoza award.